Port Alberni, BC – Today the City of Port Alberni served formal Notice of Expropriation to Western Forest Products for the lands upon which the Somass Division Sawmill is situated [see map below].

The lands, locally described as the Somass Mill site and parking lot, are comprised of roughly 40 acres of waterfront industrial land with operations at the site having been curtailed since February of 2017.  City Council has not taken this action lightly.  City Council considers expropriation to be a tool of last resort, and has only authorized the expropriation of the lands after significant discussion and thought.

“Early in our term, Council identified the redevelopment of the under-utilized Somass lands as the highest priority action to achieve our goals of economic diversification, and enhancement of the public’s currently limited access to waterfront,” said Mayor Sharie Minions. “The meaningful use of these lands is foundational to the vibrancy of Port Alberni. Western’s failure to operate their facility or alternatively to redevelop the property has gone on far too long, compelling City Council to take action.”

“City Council is aware that operations at Somass Division Sawmill are indefinitely curtailed, and some community members remain hopeful that the site will one day re-open,” said Mayor Minions. “The City has expressed to Western and to the Province that our primary desire is for Western to fully operate its sawmill facilities in Port Alberni. In the absence of a commitment from Western to do so, the City will complete the expropriation process, and redevelop the lands in a manner that best addresses the current and future needs of our community for both public use and economic development. It is just not acceptable for a landowner to hold our community back by leaving such a critical piece of waterfront land in the heart of our City sitting idle.”

Notice of Expropriation was filed under the authority provided to local governments within Section 31 of the Community Charter. The City has initiated procedures to expropriate the land for the purposes of public use, economic development, and redevelopment.  The process to complete expropriation is set out in the Expropriation Act. The City will follow the prescribed process unless future discussions with Western Forest Products lead to a satisfactory arrangement whereby the lands are put into meaningful use in the operation of sawmill facilities or are redeveloped by Western Forest Products or another party. 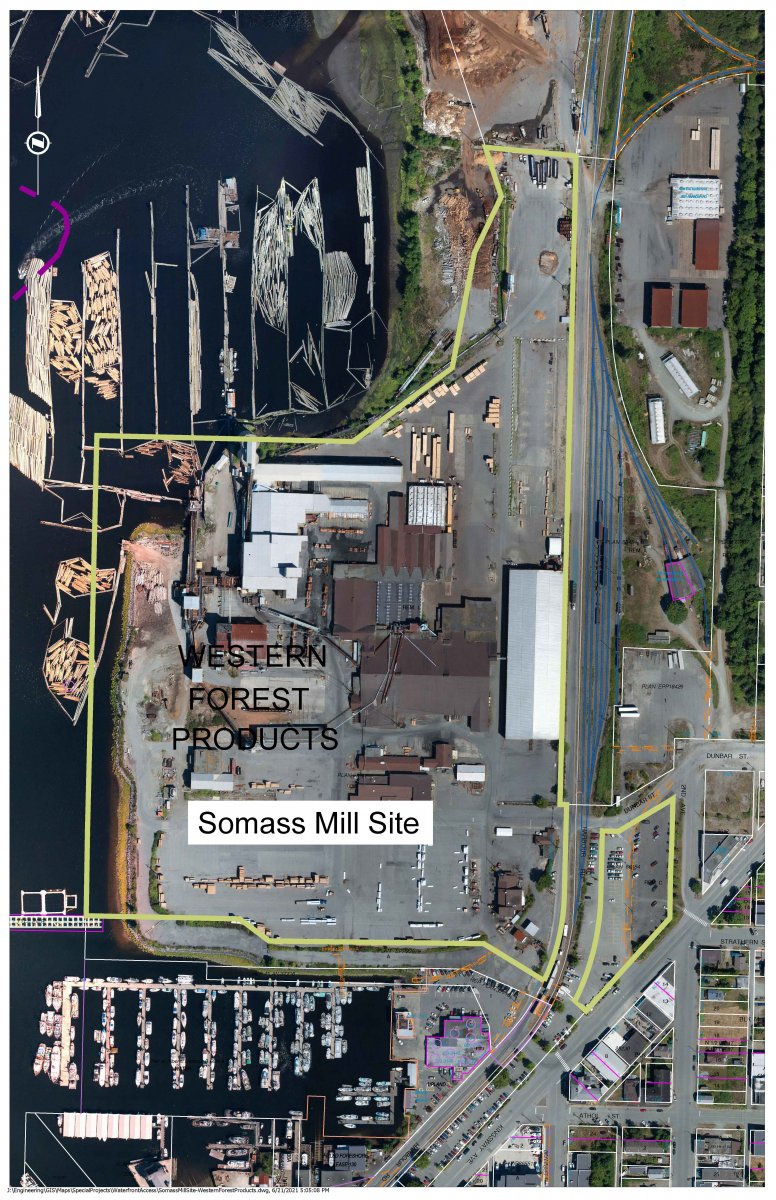