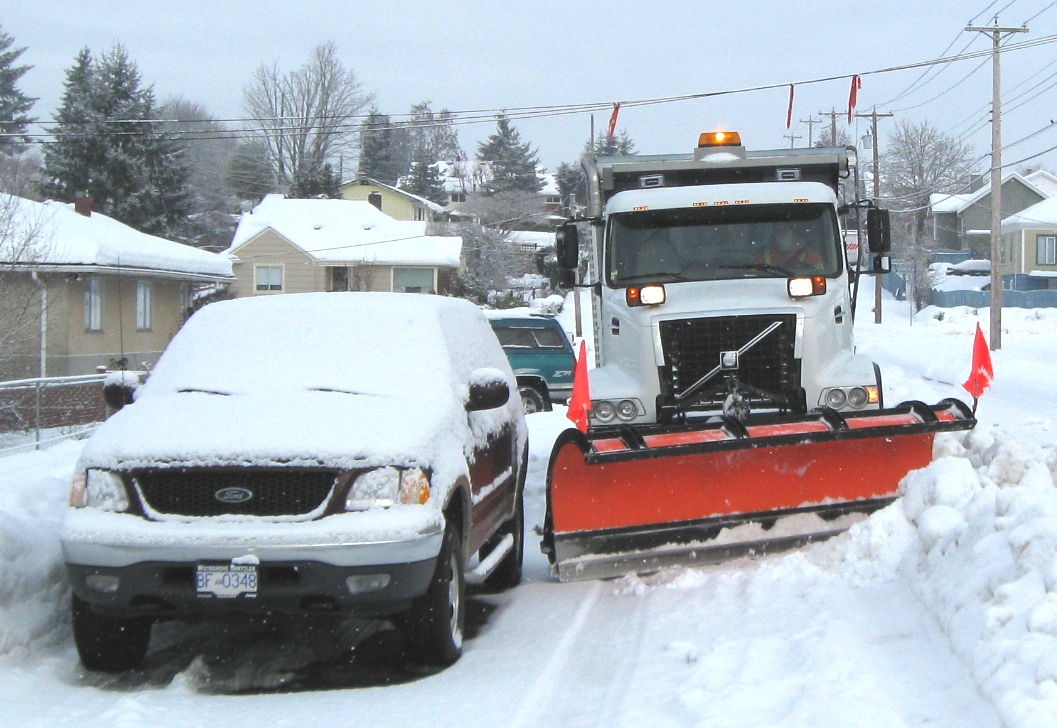 Maintaining City streets during the winter time can be challenging, particularly during snow and ice events. The safety of citizens and workers, emergency response, public transit, and ease of travel for vehicles and pedestrians are just some of the considerations that affect operations during the winter. Plowing major routes and neighbourhoods can be a big job and we endeavor to accomplish this in the most cost-effective manner possible while still maintaining a high level of service.

Salting and snow plowing priorities are primarily based on traffic volumes and transit routes (see priority routes map above). The main streets or ‘arterials’ are completed first, followed by the ‘collector’ streets. These include all City transit and school bus routes. Residential streets are plowed last and only if arterials and collectors have been cleared.

Due to safety concerns regarding the number of cars parked on the streets, we have recently made a change to our snow plowing practices. The City now typically plows the snow to the curb. While this allows easier travel for vehicles, it can create an inconvenience for residents in having to clear snow left in driveway entrances.  The City is aware of these challenges and attempts to avoid problems whenever possible.  We cannot clear alleys and remove snow placed in driveway entrances as it's just too costly and time consuming to use additional people and equipment to perform this service.

Why does the city use salt and sand?

Salt and salt brine are de-icing agents used to prevent the initial build-up of snow and ice on paved roadways due to salt’s lower freezing temperature. Salt brine is applied to the streets prior to predicted snow events to prevent snow from freezing to the asphalt. Salt is also used to break up accumulations of ice and snow. Sand is an abrasive and is primarily used to improve traction on an already slippery surface.

May I place the snow from my driveway onto the street?

The placing of snow on the street is not permitted under the City’s Traffic Control Bylaw. This regulation helps to ensure that potentially dangerous situations for motorists are avoided and allows for proper drainage along curbs.

Who can I call if I have a request or questions?