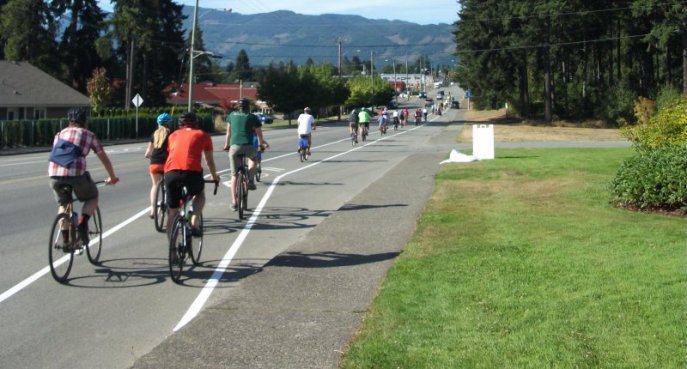 The City of Port Alberni is a vibrant community that places a high importance on recreation and active living. The City has developed an Active Transportation Plan to guide long-term investments to improve the overall network, including cycling lanes, new multi-use trails, expansions to the sidewalk network, and other facility improvements. We are also working with the community and various partners to provide education about how to share the road safely, how to ride safely, and how to prevent collisions.

The City has over 18km of developed trails that provide cross-town connections through some of Port Alberni's most beautiful natural areas.  A map of the City's developed trail network is provided on our website with descriptions and other helpful information.

With the assistance of a $50,000 Bike BC grant, the City has installed a series of bike lanes along major routes within the City. Bike lanes are dedicated road space for cyclists adjacent to motorized traffic. They are separated by a painted dividing line and identified by signs and pavement markings. The pavement markings include a diamond (to indicate restricted use) and a bike symbol (to indicate it’s reserved for bicycles). 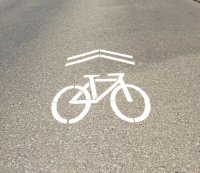 Sharrow markings are placed along certain lanes to indicate the road is shared by motorists and cyclists. Lane widths vary and it cannot be assumed that the lane can be shared by a motorist and a cyclist, requiring the motorist to provide a safe distance when passing. Sharrows are indicated by painted road markings consisting of a double arrow and a bicycle stencil. Note: Cyclists should take special caution, as sharrows do not provide any protection beyond communicating to all road users that it is shared space.

Cyclists – Tips for Cycling in Traffic

Motorists – Tips for Sharing the Roads with Bicycles

At an intersection a cyclist can either (see image) 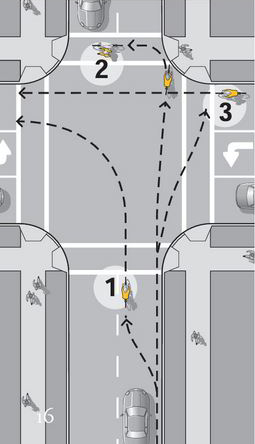 On a crosswalk or sidewalk, a cyclist must walk unless signage specifically indicates something else. At traffic signals, cyclist positioning may depend on the traffic sensors. Be cautious, as nearly 80% of bike accidents occur at intersections.